All battle maps (20 in total!) from Ghosts of Saltmarsh, for printout, Roll 20 and Fantasy Grounds, plus tables, new creatures and other resources for DMs running aquatic adventures. Price: $5.98

Step up your villainy, with setting and plot ideas written in a fun, magazine-style format. Also features a setting guide to Phlegethos, Fourth Layer of the Nine Hells, complete with high-res map of the realm and stat blocks for classic archfiends to add to your vile hordes! Price: $1.98

This bundle includes maps that will give DMs accurate, usable maps for running Waterdeep: Dragon Heist. Each map comes with a PDF version for printing out for use at your table, and JPG versions for both Roll20 and Fantasy Grounds, each with and without grid and with and without DM secrets. In addition, 10 new adventure hooks will give you new and interesting ways to use the maps, or to include as alternate plot hooks in a Dragon Heist campaign! Price: $3.98

Earthy resources for both players and DMs. This supplement contains a new player class: The Dirt Farmer! Also included are weather predictions (plot hook ideas), Worms of the World (new creatures from CR 1/8 to CR 23), new earth-based spells, and an original adventure! Price: $3.98

In this 5th edition adventure for 3rd-level characters, players are sucked into a wizard's tower unannounced and must traverse it to escape. Along their way, they learn of a necromantic force that's commandeered the tower and has begun shaping the tower to its will. To survive, the players will need to solve puzzles, make some unexpected allies and face undead minions before the final conflict to reclaim the tower for its owner. This adventure can be inserted into nearly any campaign as a one-shot adventure, with possibilities for continuation depending on the outcome. Price: Pay What You Want

This short supplement provides a new creature for you to incorporate into your 5th edition games. Included in the PDF is an origin story for the creatures that can be used as a plot hook, various details on the habits of bear-owls, advice on tactics they use in combat, a rumor table for areas with bear-owls, and stat blocks for three variants of the creature: the baby bear-owl, adult bear-owl and bear-owl matriarch. Price: Pay What You Want

Beyond Bightwater is a system-neutral hex crawl. The project was a collaborative effort involving many users from the RPGGeek community. The Bightwater Region is so named for its primary city, Bightwater, a port town. The region can be roughly broken into two eras. Many thousands of years ago, the area was a significant portion of the Eburnean Empire. This empire was both technologically and magically advanced, and many vestiges of their reign can still be found in the dark corners of the Bightwater region. Following the fall of the empire the more recent era saw the settlement of Bightwater by halfling merchants, who established a successful trade industry for several decades. Many wealthy halfling families thrived during this time, and their influence can still be felt today in the city. Roughly three human generations ago, barbarian invaders conquered and displaced many of the halflings. There remains a tense, uneasy peace between the city's inhabitants and surrounding settlements as a result of this history. Cost: Free!

Zen & the Art of Adventuring

Build your best character ever with these essays, prompts, tables and tools for character inspiration 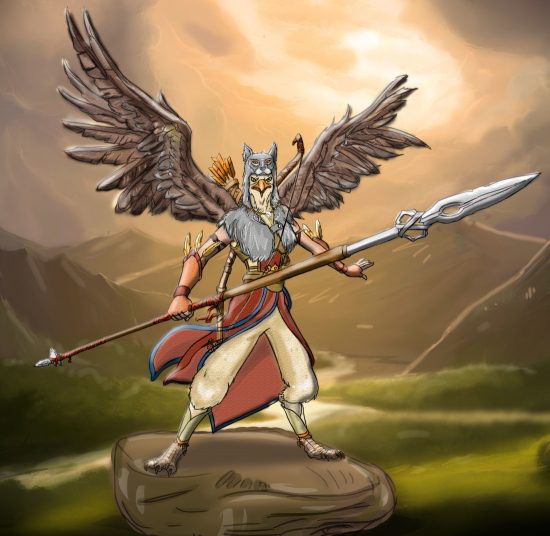