Chess in the Modern Digital Era 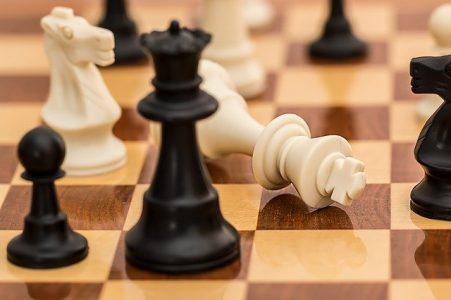 Can one really review Chess? Not in the traditional sense, I suspect. I won’t be attempting that sort of methodical overview. There would be no point.

But Chess is different than it was even a few years ago. No, not the rules, but the international landscape of chess competition, and the communities that surround it. These things are worth investigating for fans of the game.

I follow a guy named Levy Rozman on Youtube. He’s an International Master (IM), which is one step below Grand Master (GM), the highest title for a Chess pro (though the possibly official (?) “Super Grandmaster” technically exists as well).

In any case, he’s really good. But he’s far from the best Chess player making Youtube content. So why did he race past 1 million subscribers (!) in just over a year of Youtube content creation?

It’s because he’s part of a new wave of Chess players that don’t approach the game like an ancient, respected tradition, but as something that’s vibrant and fun. It’s a serious game, sure, but also an excuse to goof around, stream on Twitch while chatting about their day, make endless meme content, and—oh yeah—also teach their audience a thing or two about Chess in an entertaining way.

Fellow streamer Hikaru Nakamura (GM, and one of the best Blitz/Bullet players on the planet), played a strategically terrible meme opening in an official FIDE tournament, known as the “BongCloud Opening.” Old-guard commentators said it was disrespectful. In the post-match interview, he said he did it for the memes. His follower count skyrocketed.

Months later, the WORLD CHAMPION, Magnus Carlsen, joined Hikaru in playing the opening against him. The game ended quickly in a draw, in a situation where neither player needed to go for a win. But it was a bizarre bit of history.

This is all good, by the way. Why? Because all of these players respect the hell out of Chess. They’ve dedicated their lives to it, after all, which is what it takes to be that good. But the audience and mentality are different, and it’s attracting new interest and fun.

You know how the media sometimes says “There’s a boom in {X} because of {Y}” and it’s usually hyperbole, at best? Here, though, it’s kinda legit.

The Queen’s Gambit was a popular Netflix show that spurred a resurgence in Chess. Sellers said they were running out of Chess sets because of demand, and online play saw a boom as well.

For clarity, it wasn’t the only factor. It was released as COVID lockdowns were in full force. People needed online outlets, and LOTS of gaming sites were hit hard with new players, not just with Chess. But Chess was one of the biggest beneficiaries.

The boom has continued, though, with interest in Chess growing torrentially.

What this means is that there are more outlets—both digital and in-person—than ever before. I wouldn’t be surprised to see new records hit in tournament participation in the coming years, and more and more online platforms catering to interested players. This is good for the game and those who want to learn and play.

I mentioned the streaming community, but it’s not only memes and shenanigans. They’ve discovered ways to make Chess fun that are also educational.

I’ll give you an example: popular Youtubers/streamers will co-host streams where their subscribers face off against one another, and they’ll have “subscriber battles.” Usually some charity donation or minor prize is at stake. But they commentate on Average Janes and Joes duking it out on a live stream. It’s hilarious, wild and often sneakily instructional.

Or they’ll play variants like Chess 960 or Four-player Chess.

Another popular tournament, PogChamps, sees non-Chess online celebrities competing against one another. Is the Chess high level? Hell no. But viewership is higher than many major sporting events. Last year, Rainn Wilson (Dwight Schrute from The Office) lost in the finals to Sardoche, a popular streamer, League of Legends player and actor. It was great fun.

Point being, people can learn through entertainment now. You no longer have to read through dense books with obtuse lists of moves and dry commentary. You can have a 26-year-old teaching you by analyzing matches as if they were anime battles. Or by watching internet celebrities make numerous blunders while Chess professionals try to take it seriously.

Hopefully if you’re still reading, I’ve piqued your interest. If so, I’d encourage you to check out any of the sites or resources below. Good luck, and have fun!

Some Popular Sites to Play and Learn: