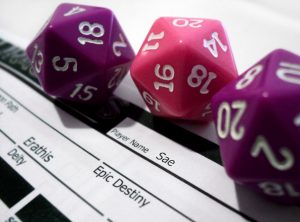 What Is Session Zero in D&D?

Session Zero is the unofficial name for what happens before the first session of a campaign starts. Sometimes it’s done asynchronously, but most often, Session Zero takes place over the table, with players and Game Master talking over various items.

At this “session,” there are a number of housekeeping items that are considered best practices to establish a smooth RPG campaign.

This article is going to cover a lot that you can include in a Session Zero, and how I handle it at my table. Not every item will be applicable to your group, and the list is not comprehensive. But it should give you a starting point for your own sessions.

This is the basic stuff to make sure everyone’s on the same scheduling page. Some questions that should be answered here:

If you have a long-running group, you won’t have to do this before each campaign, but it can be useful when starting a new group.

The system you’re playing in is probably obvious, but newer players might not know the difference between various D&D editions. Clarifying this can help.

The setting you’re in can affect things like character creation and tone of the campaign. A campaign in the Forgotten Realms setting is very different than, say, Dark Sun. Or Spelljammer. Or many others, all of which technically fall under the D&D license.

Lastly, what campaign length do you expect? This relates to the commitment involved. You want your players to know how long they’ll need to commit to the group to see the campaign to its conclusion.

Granted, you won’t be able to account for skipped sessions and player decisions, so this will be a range. Similarly, a group that plays 2-hour sessions will take longer to complete the same campaign compared to a group that has 5-hour sessions.

But I’ve found that I can usually estimate a rough number of sessions based on how long my group(s) play for, and how often we meet. “This campaign should take us 6-8 months to complete” is a typical estimate for me, for example.

With the basics of the campaign set, you can get into some more granular details, among them:

These may again feel like basic information, but it can be handled in a variety of ways. Getting everyone on the same page ensure a smooth experience.

I think it’s important to talk about the content of the campaign, and what you expect the tone to be. Some people will be turned off by unexpected elements of campaigns, and the group needs to be willing to pivot to accommodate this.

In Convention games, you rarely have time for a full Session Zero, so establishing boundaries is sometimes handled with safety tools like X Cards, which allow players to indicate that something is objectionable to them.

I don’t use safety tools in my home game, but the idea that everyone should understand content and tone, and feel comfortable with both, is important regardless of setting.

A Brief Aside on Safe Spaces

The concept of safe spaces is unfortunately polarizing in much of the hobby. The argument goes something like this: shouldn’t we just be adults about this and deal with whatever content is presented to us? RPGs are about pushing boundaries.

There’s an instinctual appeal to this argument for some, but I think it’s wrong. First, it ignores legitimately traumatizing real-life experiences, and how those can occur in-game and make someone profoundly uncomfortable for understandable reasons. But I also think it misses the larger goal of having this type of discussion with your group.

I want to share a story that reconceptualized “safe space” for me, and made me understand how important (and liberating) they can be:

I was at a Renaissance Faire and went to see an R-Rated insult comic. His comedy pushed every line of decency you think you might have. But he didn’t just jump right into it.

At the beginning of the show, he slowly unfurled a disclaimer about the type of content that would be in the show. As this monologue continued, the comedy itself gradually ramped up to give the audience a small taste of what to expect. He was very clear, and set the expectations of the audience magnificently. He also said that if it ever became too much, no one would judge them for leaving or – if they were the recipient of an insult – stopping him mid-sentence. Additionally, all insult targets were asked beforehand if they were ok with being targeted.

It was a master class in obtaining consent and creating a safe space. And it contained some of the most vulgar and obscene humor I’ve ever witnessed.

The two aren’t mutually exclusive, is my point. Obscene humor and safe spaces aren’t generally thought of together. But if you establish those expectations and boundaries beforehand, and everyone is on board with it, it actually creates a lot of freedom to truly sink deeply into a particular tone and setting.

If you don’t do the first step, though, it creates an environment where you’ll likely offend someone, and it will be your fault for assuming that it was ok.

This boils down to the question: How open will your campaign world be? This can be important so that your players don’t feel overwhelmed with choice, or constricted by a lack of choice.

Many 5th edition D&D adventures are quite linear, for example. There are interesting choices, but players can’t just decide to go “off-book,” so to speak, because there’s nothing to interact with beyond the confines of the story. This is fine, but should be clear beforehand.

In campaigns that I run, I usually want to give the players a lot of freedom to make decisions. I don’t want to funnel them down a specific path.

But this is harder when you’re in a plot-driven campaign that, ideally, establishes very specific story beats.

So usually, my campaigns start out in a linear fashion for a handful of sessions, after which things open up to reveal a LOT of choices. I’m clear about this with players, and will even say things like “it would be great if you take the early plot hooks to establish the world and story. At a certain point you’ll have free reign to do what you want, and that point will be obvious.”

They’ve always been ok with this. It lets me establish the story, but without limiting player decisions for the entire campaign.

This one’s pretty simple: what house rules do you use?

It’s better to talk about these before you start playing. Bringing up a house rule mid-combat, for example, is far worse.

Sometimes it makes sense to limit character options, so thinking through the following can be useful:

Resources and Next Steps

I’ve often provided my groups with some handy Wiki links, map references, or other resources to help them flesh out their character and understand the world that we’ll be playing in.

This step isn’t necessary, but can again help everyone create a richer, fuller shared experience.

And that’s it! Or rather, that should get you started with Session Zero content.

My Session Zeros have generally only lasted an hour or so, after which we start into the campaign. But I always make sure to have one.

The lone time I didn’t (the first campaign I ever ran), I regretted it. The campaign went well, but could have been a smoother experience if I had taken some time to walk through these steps.

Best of luck in your own Sessions Zero, and have fun!