Blood on the Clocktower Review 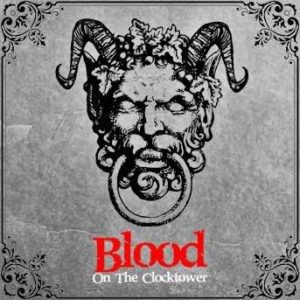 The Premise
Blood on the Clocktower is social deduction. Like the games it owes its existence to like Werewolf and Mafia, Blood sees a moderator narrating and controlling the action and directing traffic during “night” phases where players – depending on their role – either kill other players in the game, learn information about them, or protect those they believe to be allies. The point is to determine who isn’t on your side, and have them come to ruin through either night or day-phase killings. If a player dies, they can still interact during the day and get a single vote for the rest of the game.

As opposed to many in the genre, the Game Master (GM) has a hand in things and can subtly alter certain elements in the game to help balance it out. This gives them a more active role in what would otherwise be a long time not playing. Games can occasionally be over quickly, but larger and more protracted sessions can easily be 90-120 minutes.

The number of roles and variance within them promises a lot of replayability; in all, this is Werewolf with the dials turned up to 11.

The Components
Blood is notoriously opulent with components, most noticeably the gigantic felt-lined tome in which the GM houses information about player roles and the flow of the game. This hikes the price up, but gives the game a feeling of importance.

As a player, you won’t really interact with much of this. You’ll get a token and will likely get passed a role sheet at some point to review.

Due to the high price point ($95 on the publisher’s website), print & play copies abound, since a lot of it can be recreated with a large enough Amazon box (or similar sized wooden box), some fabric store felt/velcro and laminated printouts.

The Reviewer’s Conundrum
This is a tough review for me to write, because there are some definite negatives in it and I have a lot of friends who both love this game and have close ties to the developers of the game. It’s reached a sort of cult status in my hometown among a particular gamer set. And I’m in that group of people, playing with them regularly. I’ve even had plenty of fun times playing Clocktower! So there’s some nervousness here, and I also wonder if I’m being too harsh. I’ve left it as-is, though, because I want these reviews to always be honest.

The game’s creators have also done a great job nurturing a global community around this game; they’re to be commended for that. For an example, I once played this on Discord (already a monumental feat of logistics), with people who all lived in London (I live in Ohio). That’s amazing! I don’t begrudge anyone their passion – either creator or player – and if this is your Holy Grail game (as it is for some I’ve met), then I wish you nothing but fun and success with BotC!

The Assumption of Grandeur
The game begins with a long, prescribed monologue from the GM who – in their defense – have a fair amount to manage and will want to make sure players understand the GM’s rules and signals. It’s still overlong. The preamble attempts to puff up the narrative of the game to epic heights. As I’ll discuss, the game occasionally delivers, but not always.

The Problem of Role
Blood has a preponderance of roles, though social deduction fans will have seen most of them (or close variants) in other games. I keenly felt the specter of various older social deduction games, for example, on a couple plays. There’s nothing hugely new or innovative here with roles, it’s just more than you’ll find in any one other game in the genre. This, in and of itself, is a good thing in my book, at least in theory.

What’s less ideal is, also like other social deduction games, some roles naturally lend themselves to a more fun experience. The Demon/Imp (the game’s major villain) flatly has more to do than nearly anyone else, and more possibility for lying and intrigue. Whoever is the Imp is probably going to have a great time.

But there will be someone who struggles to be trusted, and/or doesn’t have an “information” role, and so has less to contribute and absorb. But where another game might be over in 30 minutes (and the shortest in the genre will be done in ~10), they might have to exist in this state for 90+ minutes here. In every session, I’ve been able to look over the group after 3-4 rounds and can tell who’s having a frustrating time. Sometimes it’s me, and I’m more willing to engage with no information than some other players, so I’m the best case scenario.

As case in point, I was the Imp once and it was a magnificent session. Truly epic fun. And the guy next to me was openly frustrated for the better part of an hour due to how things played out and how little he was able to engage the narrative happening in the session. No amount of GMing magic can fix this all the time, since it’s built into the experience.

The Problem of Death
Same tune, different key. Dead players can still interact, but it’s impossible not to feel a little bit less invested at that point. This is especially true with the “one vote” rule, since someone is going to die early and might have an hour before they can do anything that tangibly affects the game.

Player elimination is an issue in various social deduction games. Some avoid it from becoming a deeper issue by having a death-interaction mechanic like Blood. Most avoid it being a deeper issue by being quick games. Blood does the former, to its credit, but that doesn’t save it from being a frustration in what is one of the potentially longest games in the genre.

The Problem of the Game Master (GM)
I play a lot of RPGs, so the idea of a GM is natural to me. Additionally, I love being the moderator/narrator for sessions of games like Mafia and One Night Ultimate Werewolf. So I should love the addition of a GM role to Blood…right?

The difference is that in Mafia, I’m just a storyteller, not an active participant, and in RPGs, I’m setting the stage and letting player actions dictate the outcome. I’m reacting and collaborating, not manipulating. In Blood, there’s active, mid-game manipulation. Ostensibly, this is to balance things either to create more drama, or to push the scales back to even if there are a lot of newer players on a particular team. In reality, the outcome never quite feels authentic.

At the end of the game, the GM goes through and lists everyone’s role and gives a brief summary of what happened (e.g. “this player accidentally protected the Imp or their minions in 3 of 5 rounds”). It’s a chance to give everyone some insight into how the roles were doled out and what mid-game actions were taken by the GM. The first time I played (the aforementioned session where I was the Imp), we won and I thought myself pretty clever for handling the role well, only to realize that the deck was stacked in our favor since I was the newest player. Any shenanigans pulled by the GM were to help us out. In another, I was given false information (GM’s decision) one night but not the next with the information I was given, which meant my entire team was working with irreparably flawed knowledge. This is a fairly standard action by the GM, not something spiteful or overly punitive. Given the GM’s role as stated in the rules, this was a perfectly acceptable use of their powers. But it was a decision that set a chain of dominoes in motion that altered the outcome far more than anything any one player did. We can always guess that maybe someone’s insight was incorrect one or more times, but then it’s just a guessing game, not a deductive one.

In both good and bad outcomes, I felt somewhat robbed of agency. I have trouble suspending my disbelief to pretend that there isn’t someone pulling the strings for an “optimal” dramatic outcome. To make the comparison again, if I’m running a D&D session and a fight ends up being harrowing and dramatic, it’s the dice rolls and player actions that determine it. Once the battle starts, and often well before then, the outcome and particulars are out of my hands. I am reacting as a GM, not dictating. Blood is a game that doesn’t quite grasp that distinction, instead opting for fudging dice rolls (to stick with the RPG comparison) to manufacture drama. It’s at best a mild annoyance and at worst disingenuous to the commitment of the players involved.

Who Will/Won’t Like This
If you don’t mind the role of the GM, that may not be a conceptual sticking point. However, if you dislike social deduction, this is the Ben Hur of the genre, so it might be your nightmare. For those who can generate their own intrigue in social games, you’ll find a lot of opportunity for it in Blood. So there’s a gregarious, outgoing gamer somewhere out there who doesn’t care what role they get and just wants the largest, most involved social deduction puzzle out there to try to navigate. You’ll be right at home here if that’s you.

The Verdict
I enjoy big, sweepingly narrative games, interactive games, games with some roleplaying and storytelling to them, and for reference, I regularly attend a monthly meetup that is devoted exclusively to playing social deduction games. This game should be my Holy Grail.

Instead, it falls a bit flat trying to do more for the sake of more, where others in the genre have already introduced similar iterations in much more streamlined format.

There are some novel innovations here, like the Traveller role, which allows for someone to join the game late. Clearly the designers were thinking through what could happen in a typical session. So credit here where it’s due. However, concessions for length such as these are mitigated by the other problems that that same length and format creates.

On the flip side, I’ll still play this, because I’m generally able to generate my own fun in social deduction games and Blood gives me a large canvas upon which to work. But I play with full knowledge of the flaws above, and temper my expectations accordingly.