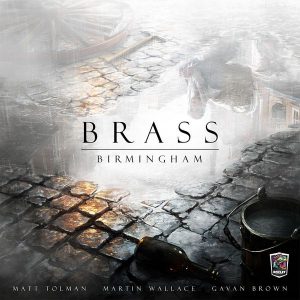 A heavier Euro-style game, there’s enough interaction between players to capture my attention, and the engine building feels thematic enough to capture my prolonged interest. Of particular interest is that the game plays out over two eras, and much of what you do (but not all) in the earlier part of the game will be scored, then wiped out, so it’s a bit like starting over from scratch but with slightly different rules. However, this also creates early-game tension since you have to decide how much you want to invest in aspects of your strategy that have a limited shelf life, so to speak. It’s a good tension, and a type I don’t often see in games.

I need to play again to figure out how I truly feel about it, but it was a good first impression.

Concordia is magical, and Venus adds a team-based variant. The team variant is…weird, like an Uncanny Valley version of the base game. There’s more to consider strategically with the addition of a partner. But it also sacrifices a lot of the ease of play that typifies Concordia. I can plan 3-4 cards in advance when it’s just me, but had to talk through each card with my partner. So it takes longer, which is fine if the game is good. Concordia is an enjoyable enough experience for me that it would have to fall pretty far for me to dislike it. This doesn’t fall that far, so I’m happy to play the team variant as a change of pace. Ultimately, though, Concordia occupies its spot in many gamers’ hearts due to its original experience. Fortunately, Venus offers traditional individual play as well, making it a worthy purchase.