Multiplayer Solitaire vs. Bash the Leader 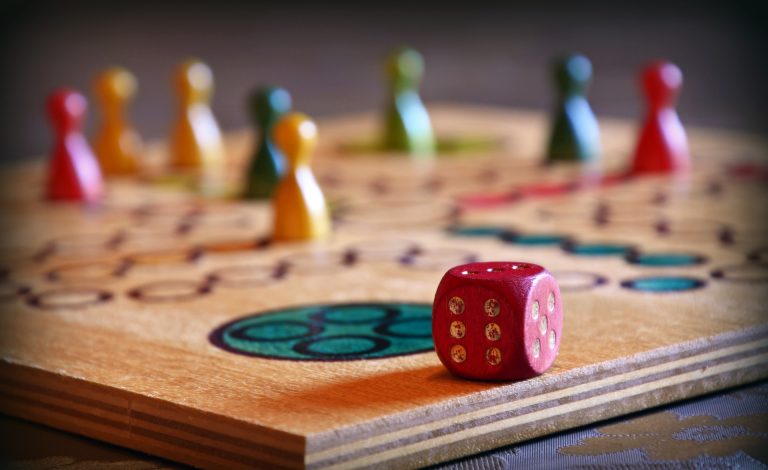 I dislike tribal mentality leaking into my hobbies. Hopefully it’s clear what I mean by that, but if not…

I love board gaming, roleplaying games, and the people who play them. But like any large community, there are issues when you engage with it enough. Approximately 80% of the issues I have with “the hobby” of board gaming relate back to gamers becoming overly tribal about their games, cliques, and opinions. Which isn’t to say there aren’t other forms of toxicity (there are). But this is a big one for me.

So a new, popular game comes out and gets a ton of praise, deserved or otherwise. Then there’s a backlash to the praise, maybe because it included a lot of paid reviews, maybe because the publisher or designer gets lavished with praise regardless of what they do, or maybe because there are actually flaws with the game.

Regardless, camps are formed and opinions drawn. The sides dig in to pronounce that what they think is correct.

This is rampant on the Board Game Geek (BGG) forums, a site that I truly love, but where you also need to learn how to navigate to maintain your sanity. There are a lot of petty traps you can fall into, and most revolve around tribal mentality. How it manifests will vary. For example, posters who will frequent the Recommendations forum, bad-mouthing anything they dislike and recommending their favorites, regardless of whether or not those favorites match the criteria someone is looking for.

Or they’ll start threads with thinly veiled put-downs masquerading as observations. This is where this article’s titular “multiplayer solitaire” and “bash the leader” are frequently employed. Or people who love a game so much and insist upon their view to such a degree that it sullies the game for others. We’ve all encountered people like this, who risk ruining an experience for us due to their insistence. In practice, this might play out as an innocuous post of how a game didn’t work for you, which then inspires a long response detailing all the things you’re missing about the game…a response that’s destined not to change your mind about anything.

Games don’t exist in a vacuum. They exist in a social context. So these things matter.

If it were just BGG, this would be alright, since anonymous internet vitriol is easy to avoid. But if you’re friends with any number of regular gamers, the lexicon and opinions eventually leak into everyday play. Gamers will put up walls around entire genres of games, ignoring the vast variance within each one. Defining one’s taste is a laudable endeavor, but that’s not what we’re talking about. The line is, perhaps, a fine one, but I think it’s an obvious one with even a modicum of scrutiny.

There’s popular wisdom that suggests that you “find your tribe” and game with them. But when some groups of even 4-5 players may have a shrinking overlap in the Venn diagram of their gaming interests, that advice seems dated on occasion.

I play for social interactions, and how games facilitate that engagement with others. So I’m more malleable in what I’ll happily play than most, even though I do have certain preferences. Even the worst game is probably just fine if I’m having a good beer and chatting with friends.

If there’s a shift in mentality, then, I see it as one that places the game itself on equal footing with the social gathering. “We’re board gamers, damnit, so we like board games,” is the unspoken position of some. So instead of “Eh, that game wasn’t my thing, but thanks for teaching; I’m glad I got to try it!” we get to hear all the reasons why that game was bad. Same end result, but with ~50% less joy.

Imo this is a disservice to the inclusivity of the hobby. I dislike it because it sours my gaming interactions, often enough that it is noticeable. If I have a personal trend in my gaming, then, it’s to seek out gamers who are clearly just there for the fun of the group, not to extoll the virtues or flaws of whatever hot new game is on the shelves. I want gamer friends with preferences and opinions and passion points, but also those who value the overarching experience over the particulars.

This is also an issue because I’m a reviewer. I have opinions on these games, and enjoy thinking through what makes them land or miss for gamers.

Any amount of reading through my reviews will reveal that, while I have certain tendencies, I try to go out of my way to explain what types of gamers will or won’t enjoy a game. My success at this isn’t always uniform, but it’s always the goal.

This is a direct reaction to the phenomenon described above. I have very little time for people who will simply bash a creative work without thinking critically about why it may have popularity or appeal. Or vice-versa when their love of something blinds them to potential flaws, or realizations about who the game won’t work well for.

Multiplayer Solitaire vs. Bash the Leader

Which brings us to the topic at hand.

These terms are used pejoratively a lot these days. The problem is, they’re also roughly accurate for a lot of games. I’d love to be able to use them without implied bias or negativity, but that is tough to do.

I’ve taken to describing multiplayer solitaire games as “insular” or “myopic” to avoid the phrase (or just “low interaction”), because not only will the use of “multiplayer solitaire” instantly lose part of my audience, but many will thrust me into one camp or another based on my usage of it.

I’ve struggled more with “bash the leader” since nearly any game that involves direct interaction is going to necessitate a curtailing of whoever you perceive to be winning. To avoid bashing the leader is to avoid a large portion of games on the market.

So are they “pulling the leader back to the pack” games, to use less violent language? Or something else? I haven’t settled on a good term. I’ll use “high interaction,” but that’s far less precise, because it could refer to many different types of interaction.

Language is fluid, so in part, I understand that this is the price I pay for being a writer of reviews. I need to get my thoughts across in a way that is clear, without the implied bias that some phrases implicitly hold. A decade ago, “all lives matter” wasn’t a politically charged term. It would have simply been an affirmation of the value of human life. Now, however, it’s code for ideologies that are often racist and damaging to the fabric of society. Knowing that, we adjust our lexicon and usage of such terms. Hopefully, at least.

I may still use both terms in this article’s title, but the goal will be to use them in a context that makes clear the phrases are being used as descriptors, not judgments.

Love People, Use Board Games

So where does all this lead me? It’s honestly led me to a place where I have dropped all emotional venom when it comes to games. Don’t get me wrong, I’ll still do my due diligence in my reviews to explain what I think doesn’t work well, and why. I’ll also happily write a ranting review on rare occasions where I think a game is truly awful. But it’s still with the perspective that what I’m talking about is a product for light entertainment. I think it’s important to know why you like certain games (or dislike them), which leads to better gaming outcomes in the long-term.

So bold opinions are valuable, including very negative ones. But so is the perspective to not let those opinions overtake your identity as a gamer.

So on a personal level, there’s no side, there’s no camp, there’s no need for anyone else to agree with me. If I’m feeling even an ounce of anxiety or anger over the hobby, what the hell am I doing?

For clarity, this stance isn’t intended to address systemic problems around lack of diversity or inclusion, or others involving abuse of power, that really do deserve our vitriol at times. Here our focus is more limited to the tribal mentality I discussed at the onset of this article.

I see others fall into the trap (and I have as well, or I wouldn’t be writing this). We end up down some discussion rabbit hole, arguing online defending our preferences until it eats into our time and energy. This is not the way, friends.

And it happens because of an attachment to the game. To the thing. Not the human context in which it resides.

I doubt many will read this and disagree with me. But we’re also often blind to our own faults. If you’ve spent any amount of time discussing things on the internet, it’s overwhelmingly likely you’re guilty of this (again, I include myself in this estimation). Matching our actions to our more rational understanding that tribal defensiveness in board gaming is fruitless is, I think, the harder task. In writing this out, I hope to remain more aware of it in my own interactions, and, ideally, bring even a few others into a similar awareness that strengthens their gaming interactions.