The Problem With D&D Tips 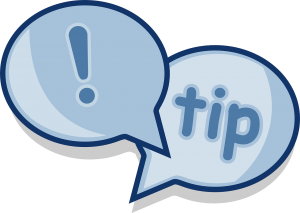 I have a Youtube channel devoted to discussing Dungeons & Dragons. The videos are largely on individual topics, with me walking through strategies for DMing and playing.

So why do I have an issue with the Twitter hashtag #dndtip? And why am I wary of D&D advice as a whole?

I’m going to unpack why in just a second, but want to state a couple things at the onset here:

Twitter allows up to 280 characters in a tweet. This article is in the neighborhood of 1,700 words. Sure, a lot of idle talk can be truncated, but the depressing downside is that you also lose a lot of context and nuance when something that could (or should) be 500 words (or 1,000, or 10,000, etc.) is instead reduced to 280 characters.

280 characters pushes nuance to the side and reinforces black & white thinking. I’d like to think most of us are above falling for this, but the truth is, we’re not. If you spend enough time on Twitter, that 150-word hot take or quippy quote will seem like it encapsulates some situation perfectly, when it probably doesn’t.

While this is a bigger problem with things like politics and sociological issues, it has implications across the board. And since this is a gaming website, that’s what we’re focusing on.

The rebuttal here is that you can do Twitter “threads,” which are chained tweets that follow one another. The drop off from one to the next on most tweet threads is profound, though, and I don’t think it’s a controversial take to say that Twitter threads are a terrible organizational way to try to share multifaceted ideas. For most, the first tweet in the chain will be read, then a rapidly decreasing percentage of the rest will be read with as much care.

Bringing this out of the abstract, what this means is that even saying something as simple as “#dndtip X-Y-Z…only if it works at your table” often won’t make the cut, since “X-Y-Z” is the focus. The context of “only if it works at your table,” is implied for some of us, but far from everyone, and it’s the bare minimum that would need to accompany each tip tweet. Many require a lot more context imo, but will never get the bandwidth.

For every person creating twitter content, there are dozens consuming it, including children and those just learning D&D. They’re forming real opinions based on bite-sized advice. That’s not always great.

Or, at least, I hope you will.

There isn’t a “right” way to play D&D, and even controversial or onerous approaches for many can be the best way for other groups to run their games.

In the aggregate, I see a bit of groupthink happening in the D&D Twitter-verse.

For clarity, I’ve borrowed ideas from the hashtag and from other popular streams that work really well for me. But the “for me” modifier is the key there. No one would mistake one of my games as trying to emulate another’s. Not only would it feel awkward, I wouldn’t enjoy it as much. My own preferences, and those of my group, differ significantly.

There’s been a large response on Twitter and elsewhere talking about this and encouraging people to figure out what works best for them and to explore different styles of play. It’s great advice.

I can count on one hand the number of tips I’ve seen where I couldn’t immediately think of at least one large caveat I’d include, or 1-2 exceptions to the rule.

Not All D&D Tips Are Created Equal

Let’s take a fairly innocuous tip, one that I actually heard from one of my favorite sources of D&D information. The tip amounted to: “Bring snacks. End of discussion.”

I’ve actually had small amounts of tension in groups related to food and snack arrangements. I don’t usually want them when I play, so when there’s an expectation that anyone (myself or someone else) should bring them to sessions, there’s a pressure (sometimes spoken, sometimes silent) to either contribute at some point or partake of what’s offered. Neither of which I’m particularly interested in. So I’ve found myself in sessions focused on refusing the temptation of snacks instead of, you know, enjoying myself. As a result, I kinda dislike the culture of snack consumption that surrounds D&D, which it undoubtedly does.

I use this example because, even given my experience, it’s fairly harmless. I can deal with having to say no to some gummy bears or whatever. But the point is that it seems like the most harmless advice in the world, but it’s still contextual to the group and individual’s situation.

The larger fear is that such things become instilled as best practices for all groups, as we discussed above. Maybe snacks isn’t the hill upon which a group dies, but something else might be.

Another that needs context is safety tools. The intent behind safety tools is great, but there are groups that handle their comfort zone through discussion, not a specific tool, and that works best for them. For them, a safety tool could actually inhibit clear communication. In other settings, like Convention games (often with strangers), such options become much more important in my opinion. But you can’t easily fit all that in a tweet.

I was once in a discussion/debate with someone who was adamant that you shouldn’t play a character with a disability that you didn’t have, or sometimes even another gender. I disagree with that opinion strongly. However, she was coming from the perspective of someone playing a lot of Con games and FLGS games where there was less embedded trust between friends, and less willingness within the group to collaborate in order to explore different personas together (which is one of the things I love best about D&D). That freedom can be without worry…in the right context, just as it can be problematic when handled indelicately.

Her horror stories made a compelling case. But we were talking about very different things. Eventually we ended the discussion amicably, but it was a disagreement that didn’t need to exist in the first place, had the requisite context been present in the initial “tip” that inspired the debate.

Snacks are one thing. But I’ve seen tips that I flat-out disagree with for most situations. There’s nothing resembling quality control via crowd-sourced opinions here, so each seems like it’s on equal footing with every other tip.

I kind of dislike Twitter for informational content as a whole, if I’m being honest. I think anything worth saying is worth saying in full. Then you at least have a chance at understanding one another and to account for situational adjustments.

By contrast, the bite-sized, digestible chunks of Twitter are best for entertainment, not information, and I think this fact is what leads to a lot of the general vitriol and negativity on the platform. Again, much of that negativity is centered on politics and societal issues, many of which are worth getting angry about. The format does the discourse no favors, though.

So what’s the alternative here? Should you avoid the hashtag? Not necessarily. But I like to frame tweets that could be seen as “tips” as things that work well for me and my group(s). So for example, a technique that bore fruit in a combat encounter becomes a fun anecdote, but not a general tip.

That doesn’t mean the hashtag couldn’t be inserted into some of those tweets, but I’d be careful about incorporating it.

I tend to use the #dndtip tag ironically only. For entertainment, basically. I avoid using it for informational purposes. I could see it having benefits for information, but I’d be very careful about phrasing.

The more sobering truth, though, is that anecdotes are less shareable, while hashtag content is easier to share and proliferate. I won’t call the system broken, because hashtags do provide useful search parameters for innumerable topics. But they have limitations.

So what are the takeaways here?

How I Handle It

For me, this means I usually avoid spouting “wisdom” on twitter. Even in my Youtube videos, you’ll usually hear me say something like “I hope you got a couple ideas that might work well in your games.” I’m not preaching Gospel, I’m presenting ideas, buffet-style, for viewers to pick and choose as they please. It’s a fine line, but an important one.

You may find similar ways to be clear and thorough. I hope you do. Regardless, happy tweeting!