Of particular note: Don Quixote had a bad beat against a PoP, losing his starting legion. It then reformed…just in time to be wiped out again by the angel. Hilarious. Poor guy.

I also sent my first scheming email! Mainly, I’m terrified of Black Coffee, so I reveal my plans to the others, that I plan to harass him over the next handful of turns, and offer assistance (if I’m able) if others are able to similarly burden him. It’s truthful (for now), and I’m hoping they all see him as a bigger threat than me.

I spend a couple turns purchasing a Praetor manuscript and Praetor, in the hopes of challenging him to single combat and having the better champion. I also nab another PoP, further securing my prestige lead. Pretty soon, Black Coffee will likely be able to buy his way into the best legions or Praetors, so this is my window.

I managed to get my Praetor trained with TWO manuscripts due to a lucky tribute roll (and purchasing one from the Bazaar), one of which is insanely powerful. I may transition to a Praetor strategy as the others eventually come for my PoPs.

My prestige lead hasn’t really been challenged. That will change, but now I have options due to my beastly Praetor. 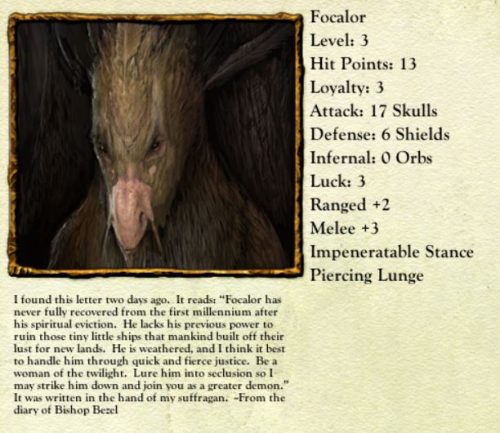 The fear remains Black Coffee taking Pandemonium. I got a single response to my email, from Spargelzeit, indicating that he agrees with my assessment of the threat Black Coffee poses. I still don’t really know how we stop him long-term since we all got decimated early.

I’m working on my 3rd order and should have it around turn 22. In rounds 20-30, I’m probably going to abandon PoPs if challenged for them and transition to Praetor fights, while collecting resources in an attempt to form a plan to deal with Black Coffee.

Somebody bought parts of the Machine of Gluttony (which nukes everyone else’s Charisma, arguably our most important stat) if used. It’s worrying.

The Plan
Stack Praetor victories against the “Champion of Pandemonium,” which is computer-controlled and gets progressively harder. But I don’t mind if people know my Praetor’s a badass. If they expend resources trying to steal him, fine. I’ll get some prestige in the meantime.

While that’s going on, I’m leveling Martial to be able to use badass Combat Cards against an inevitable war with Black Coffee, and potentially others.

I trained up my Praetor some more, and have been trying to goad one of the other fiends into a duel, so that I can then challenge the Champion of Pandamonium. No takers so far, which sucks. He really should be quite unstoppable.

Black Coffee finally refused some demands, so we’ve been taking over his territory. If we can reduce him to a single Canton, we can just take him out with no penalties.

Unfortunately, in my vendetta against him, I feared retaliation, so I picked the more manageable “3 Cantons” in order to win the vendetta. Combined with a concurrent vendetta from another fiend, if I had picked 4-5, we could have reduced him to 1 Canton. Alas, he remains alive, though only barely.

That’s all the foothold he needs to cause trouble, though.

I’m beginning to get challenges from the other fiends. I’m mostly prepared, but can’t afford to either lose my Praetor or enter a land war against most of them. I’m very spread out, and don’t have the quick movement of The Swarm’s legions.

Game Speed
We’re playing a “normal” length game, but this is still somewhat random, and the tokens that dictate the game’s length have been coming very slowly.

This is bad for me. The longer things go, the scarier Black Coffee becomes, and the harder it will be for me to fend off challengers or other potential usurpers of Pandemonium. None are close to that level yet, but there’s plenty of time.

I need the shortest game possible to have the best chance from this point on. It’s not going that way.

Stay tuned for Part III in a week!