The Emotional Spectrum in Gaming 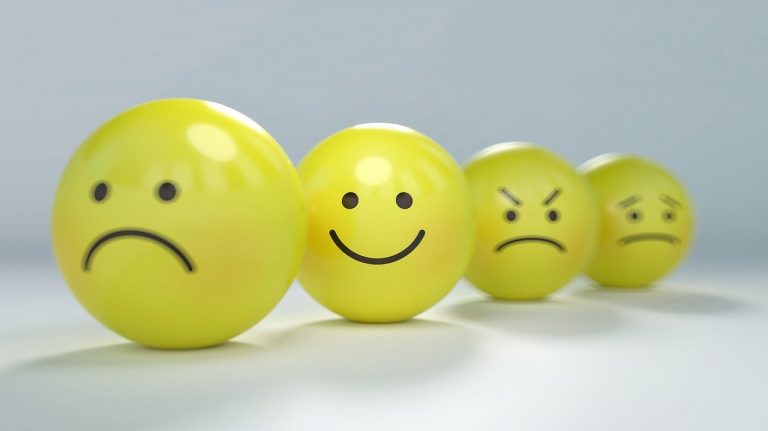 A Comparison Between Gaming and Pizza

I occasionally get annoyed at the limitations of our language when I and friends will be eating sub-par pizza and one of them will say something like “yeah, but it’s still good.” This is true, but incomplete.

You can screw up pizza to the point where it’s actually inedible. But that’s hard to do. Even mediocre pizza is generally “good.” Pizza, therefore, needs its own scale. “Ok” is the new “terrible.” “Good” is the new “mediocre.” And so on. Only a magnificent confluence of dough, sauce, cheese and toppings is, to my mind, worthy of “great” or sometimes even “good.”

We all have preferences in gaming (board games, video games or RPGs), but come on, it’s just games. “Bad” is a relative term for a hobby that is, even at its worst, still pretty fun (with exceptions for toxic individuals who can sour an experience). I’ve played hundreds (probably thousands, tbh) of different games at this point, and can count on one hand the number of games I truly despised, and even then with 2-3 fingers to spare. If I’m with friends, having a tasty beverage and having a good time, even games I don’t care for tend to be pleasant at worst.

So at times I feel like games need a new scale. Because when someone says “sure, such and such isn’t ideal, but the game’s still fun,” I find myself agreeing to the same extent that I agree that grocery store pizza is good. It is, but we’re missing something by saying only that.

The Emotional Spectrum in Games

“Pleasant” is a term I dislike in game critique, though I use it on occasion. It’s usually applied to those games that are inoffensive to large swaths of people, but don’t differentiate themselves meaningfully from a host of similar games. There are a lot of pleasant games in the world.

There’s nothing wrong with such games, per se. I play and enjoy plenty of them. But ultimately, I’m not in the board gaming hobby for games that are “pleasant.” So what do I play for?

I’m reminded of the moments I love most about Dungeons & Dragons, where as a DM (Dungeon Master), I’m seeking to create moments at the extremities of the emotional spectrum for my players, or at least create situations in which they can create their own moments of such power.

These could be hilarious moments. Or epic moments. Or sad, tragic moments. Or unexpected moments. Even inspiring anger in the players can be desirable, provided that anger is within the game world and not directed at other people. The more I can help to create such moments – for my own characters or those of my fellow players – the more fun I’m likely having.

And when I look over those board games that I consider to be my favorites, they tend to do the same, and the experiences that make them memorable tend to exist at the emotional extremes. It’s why a single session of Twilight Imperium can burn itself into my memory for years, but I’ll struggle to remember who won a “pleasant” game that I played a week ago.

Twilight Imperium is an extreme example, even given that we’re talking about extremes. But the far ends of any of these spectrums can be induced by 5-minute fillers as well. Actually, it’s often these games that most frequently succeed in making me laugh the hardest.

Reviews are inherently subjective, though objective elements can (and ideally, do) inform the conclusions. One thing that I’ve noticed, though, is that I’m more forgiving of variance in a game’s experience if it’s capable of delivering these emotional highs and lows.

Take my review of Two Rooms and a Boom. I think there are some legitimate design limitations to its structure. But the fact that it’s always a kinetic, frenetic, paranoid experience, invariably ending in audible groans or yells of triumph, patches over those flaws. The emotional impact it delivers overcomes the mechanical limitations.

Another where this is obvious to me is with Captain Sonar, one of the more pressure-packed games in existence. It’s a wildly uneven game at times, but I’ll be on the edge of my seat and probably sweating by the end. That’s worth 10 sessions of a game that’s incapable of producing such anxious highs.

So the general principle to derive from those examples is that I am willing to forgive games of their warts when they can deliver an emotional wallop. My favorites, I suppose, combine the emotional highs of games like the two I mentioned, but with more consistency.

I think it’s probably wrong to suggest that games that produce the highest highs will also produce the lowest lows. It’s possible to have a high ceiling while maintaining an average floor, so to speak. But some games definitely fall into the “boom or bust” category, and will always be polarizing for this reason. I’ll slog through the occasional bust to get to the booms, though.

Another important caveat is that not all people play games for the same reasons, so the pressure-packed Captain Sonar will be a stressful nightmare to some, whereas its balm for my soul in a world that is too often menial and uninspiring. Some, however, simply want to escape with some light fun, so the opposite goals may be true for them. This is perfectly fine; we relate to hobbies in different ways. But knowing these goals, and how they interrelate in a gaming group, is important.

And, of course, there are limits even for me. My best plays of Secrets are really great, for example, but I eventually turned on the game because the “bust” sessions were too frequent.

So nuance must be applied even to this general rule. But I do find it to be a general rule, and love when I discover a game that seems to unearth a new emotional dimension in my gaming. That’s the social high that got me into games, and to me it’s always worth chasing.